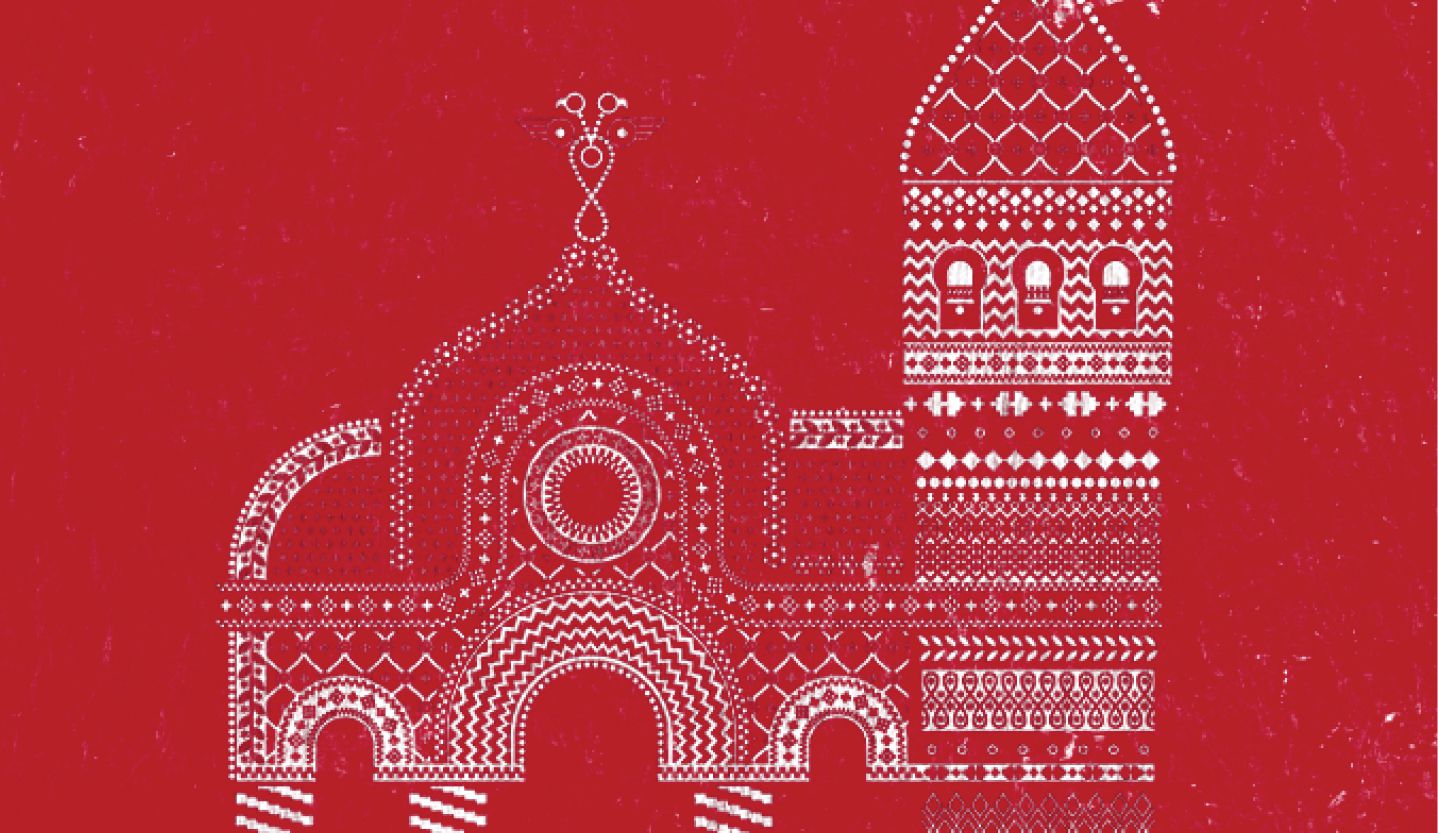 COVID-19 virus update: following the Governor's recommendations, we have decided to postpone this concert to a later date. We will be in touch with ticket holders with information on the alternate date as soon as we have it.

Two orchestra showpieces close our classical season. Bernstein's Symphony No. 2 with piano soloist Andrew Tyson and Mussorgsky's beloved "Pictures at an Exhibition." This program shows off our brilliant orchestra playing, delightful orchestrations, and massive finish to shake the walls of Dawson Auditorium.

Symphony No. 2 "The Age of Anxiety"

Leonard Bernstein earned his initial fame as a conductor. In 1943 he stepped in to conduct the New York Philharmonic when Bruno Walter was ill, and he so impressed the music director, Artur Rodzinski that he was appointed assistant conductor. He went on to a distinguished career as a conductor, but also became an active composer, with some of his best work coming out of that decade. He wrote, among other works, his first symphony, and then his second, before going on to write musicals for the broadway stage in the 50s. His second symphony, subtitled "The Age of Anxiety" was composed in 1949 and was inspired by a book-length poem by W. H. Auden. Auden's The Age of Anxiety was written in 1947 and focused on the spiritual angst and cultural condition of the mid-twentieth century. It got terrible reviews. The Times Literary Supplement called it "his one dull book, his one failure." T. S. Elliot, however, called it "Auden's best work to date", and it won a Pulitzer Prize in 1948. Bernstein called it "one of the most shattering examples of pure virtuosity in the history of English poetry." He became obsessed with the idea of writing a symphony based on it.

The work was commissioned by Bernstein's long-time mentor Serge Koussevitsky and it premiered on April 8, 1949, with Koussevitsky conducting and Bernstein playing the piano solo. The story depicts an encounter between four individuals in New York City during wartime. They meet in a bar in the "Prologue," converse about the metaphysical world and the human condition in "The Seven Ages" and "The Seven Stages" of man, lament the loss of a guiding father figure (apparently FDR who had died in 1945) in the "Dirge", head to a party in "Masque" and then take leave of each other in the "Epilogue," each returning to their everyday lives. The music sounds at times like English pastoral themes and at other times like American urban music - jazz, be-bop, and blues. Bernstein apparently saw himself in the poem and described himself as an "autobiographical protagonist" while he presented Auden's story.

In his own program note, Bernstein says, "I was merely writing a symphony inspired by a poem and following the general form of that poem. Yet, when each section was finished I discovered, upon re-reading, detail after detail of programmatic relation to the poem - details that had ‘written themselves', wholly unplanned and unconscious…" He later said that, apart from the poem, "the Symphony has acquired a life of its own." and declared himself satisfied with the work in its final form.

Mussorgsky composed Pictures at an Exhibition in 1874 to commemorate a very close friend, Victor Hartmann, who died at age 39, causing Mussorgsky profound grief. He struggled with a way to honor his friend, and when he attended an exhibition of 400 pieces of Hartmann's work, he was deeply moved. In a few weeks he had written a suite of ten piano pieces dedicated to Hartmann and to the organizers of the exhibit.

The ten pictures Mussorgsky chose for his suite included a gnome-shaped nutcracker, a bard singing near an ancient castle, children playing and quarreling in the park, a lumbering wooden oxcart, peeping chicks emerging from their shells, two Polish Jews arguing, the women and vendors in a marketplace, the gloom of the catacombs beneath Paris, the grotesque witch Baba Yaga of Russian Folklore, and an architectural design for the gate of Kiev, never actually built. The pictures are interspersed with a "promenade" theme suggesting the walking gait of a viewer strolling through a museum, stopping to study the details of each picture. Mussorgsky appears to have chosen the works because of the variety of moods suggested and the opportunity to make use of a variety of musical styles.

Mussorgsky died at age 42, his life shortened by alcoholism and depression, and his suite was not published until 1886, five years after his death. His original suite did not generate much interest among pianists of the day, but several attempts were made to orchestrate it. In 1922 Maurice Ravel took the suite to Serge Koussevitsky, music director of the Boston Symphony, who commissioned him to orchestrate it. The world premiere of Ravel's orchestration, with Koussevitsky conducting, took place in Paris in October of 1922. Ravel's orchestration seems to bring the piano works to life, underscoring the mood of each section by using appropriate instruments. For example, the chirping chicks are well represented by the woodwinds. The dark mood of the catacombs is evoked by reverent brass, and percussion brings out the nastiness of the witch. The finale, featuring the great gate of Kiev, is presented with full brass and pealing carillons. 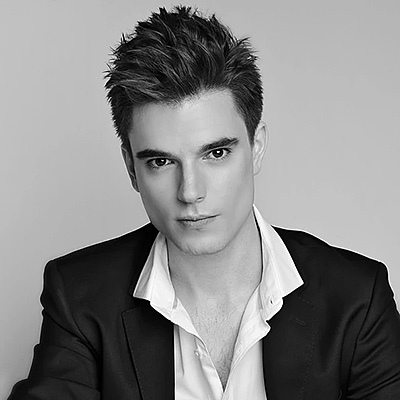 Hailed by BBC Radio 3 as "a real poet of the piano," Andrew Tyson is emerging as a distinctive and important new musical voice. In summer 2015, he was awarded First Prize at the Géza Anda Competition in Zürich, as well as the Mozart and Audience Prizes. These victories have resulted in numerous performances throughout Europe under the auspices of the Géza Anda Foundation.

Andrew is a laureate of the Leeds International Piano Competition where he won the new Terence Judd-Hallé Orchestra Prize, awarded by the orchestra and conductor Sir Mark Elder. Enjoying an ongoing relationship with the orchestra Andrew joined them again last season for several performances. With concerto performances taking him across North America and Europe, Andrew has performed with orchestras from the North Carolina Symphony and the Orchestra of St. Luke's at Alice Tully Hall, to the SWR Symphony Orchestra Stuttgart, Musikkollegium Winterthur and the National Orchestra of Belgium under Marin Alsop. Highlights this season include his Wiener Konzerthaus debut with the Haydn Philharmonic Orchestra and a performance of Chopin's Piano Concerto No. 2 with the Orchestra della Svizzera italiana under the baton of Vladimir Ashkenazy.

Recital appearances include major cities across the US and Europe at venues such as Brussels Palais des Beaux-Arts, New York's Carnegie Hall and the Zürich Tonhalle. In addition to his debut in Hong Kong, this season sees Andrew in recital at Piano aux Jacobins Toulouse, the SWR2 Mainz, the Palace of Arts Budapest and Lyon's Salle Molière amongst others. No stranger to the festival scene, Andrew's previous performances include the Lincoln Center's Mostly Mozart Festival, the Lucerne Piano Festival and the Dubrovnik Festival. He appears this season at the Festival Septembre Musical in Montreux and the Miami International Piano Festival.

As a chamber musician, Andrew regularly appears in recital with violinist Benjamin Beilman in venues including the Auditorium du Louvre, Paris and London's Wigmore Hall. Last season saw them give a world premiere for violin and piano by Jane Stanley on a major recital tour of Australia, as well as a performance at the Heidelberger Frühling Festival.

Andrew's two recital discs have been issued on the Alpha Classics label. His debut disc comprises the complete Chopin Preludes whilst his second album released in March 2017 features works by Scriabin and Ravel.

As winner of the Young Concert Artists International Auditions in 2011, Tyson was awarded YCA's Paul A. Fish Memorial Prize and the John Browning Memorial Prize. After early studies with Thomas Otten, he attended the Curtis Institute of Music where he worked with Claude Frank. Studying with Robert McDonald Andrew later earned his Master's degree and Artist Diploma at The Juilliard School, winning the Gina Bachauer Piano Competition and receiving the Arthur Rubinstein Prize in Piano.

COVID-19 virus update: following the Governor's recommendations, we have decided to postpone this concert to a later date. We will be in touch with ticket holders with information on the alternate date as soon as we have it.