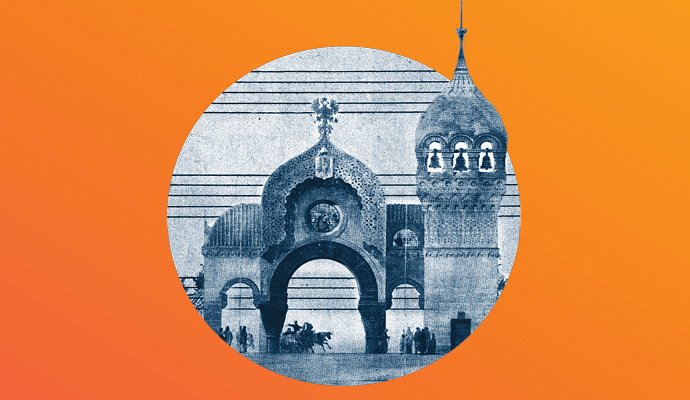 MUSSORGSKY: Pictures at an Exhibition

Opening the program is Valerie Coleman's salute to front-line workers: Seven O'Clock Shout. David Kim joins us from the Philadelphia Orchestra with Tchaikovsky's emotion-packed violin concerto and will amaze you with a thrilling musical finale. Pictures at an Exhibition ends our concert with enormous orchestral forces, massive sounds, and a trip around a gallery in one of the finest examples of musical storytelling.

Seven O'Clock Shout is an anthem inspired by the tireless frontline workers during the Covid-19 pandemic, and the heartwarming ritual of evening serenades that brings people together amidst isolation to celebrate life and the sacrifices of heroes. The work begins with a distant and solitary solo between two trumpets in fanfare fashion to commemorate the isolation forced upon human kind, and the need to reach out to one another. The fanfare blossoms into a lushly dense landscape of nature, symbolizing both the caregiving acts of nurses and doctors as they try to save lives, while nature is transforming and healing herself during a time of self-isolation.

When a composer has the rare opportunity to create for musicians they have gotten to know, the act of composing becomes an embrace tailored to the personality and capabilities of the musicians with elements of both challenge and appreciation. One such moment is dedicated to humanity and grace, as a clarinet solo written for Ricardo Morales, followed by a flute solo with both Jeffrey Khaner and Patrick Williams in mind, providing a transition into a new upbeat segment. Later, to continue tradition from the first commission the composer received from the orchestra, a piccolo solo dedicated to Erica Peel dances with joy.

It was suggested that a short work for a debut by multi-track recording could account for the ensemble performing together as if they were in the same room. One of the devices used to address this is the usage of Ostinato, which is a rhythmic motif that repeats itself to generate forward motion and in this case, groove. The ostinato patterns here are laid down by the bass section, allowing the English horn and strings to float over it, gradually building up to that moment at 7pm, when cheers, claps, clangings of pots and pans, and shouts ring through the air of cities around the world! The trumpets drive a infectious rhythm, layered with a traditional Son clave rhythm, while solo trombone boldly rings out an anthem within a traditional African call and response style. The entire orchestra ‘shouts' back in response and the entire ensemble rallies into an anthem that embodies the struggles and triumph of humanity. The work ends in a proud anthem moment where we all come together with grateful hearts to acknowledge that we have survived yet another day.

One cannot mention Tchaikovsky's famous Violin Concerto without referring to the infamous critique from the Viennese music critic Eduard Hanslick. He wrote, in December of 1881, following the concerto's much delayed introduction by Adolf Brodsky:

"…savagery gains the upper hand and lords it to the end of the first
movement. The violin is no longer played; it is yanked about; it is torn
asunder; it is beaten black and blue. I do not know whether it is possible
for anyone to conquer these hair-raising difficulties, but I do know that
Mr. Brodsky martyrized his hearers as well as himself."

Tchaikovsky had begun this concerto in 1878, and was so excited about it that he wrote to a friend:

"For the first time in my life I have begun to work at a new piece before finishing the one on hand…I could not resist the pleasure of sketching out the concerto, and allowed myself to be so carried away…"

The critical remarks therefore came as a great shock to Tchaikovsky, and he was to remember them word for word for the rest of his life. It had taken him three years to complete, and he had dedicated it to his friend Leopold Auer, the foremost violinist of his day, in hopes that Auer would introduce it to the world. After looking it over, however, Auer shook his head and pronounced it "unplayable". It was offered to another violinist, Yosif Kotek, who made a good attempt but also gave up. No further serious attempts were made for three years until Adolf Brodsky decided to play it. He called it "wonderfully beautiful" and wrote to Tchaikovsky, "One can play the Concerto again and again and never be bored." Of course Tchaikovsky promptly changed his dedication of the piece to Brodsky. Ironically, in the years since it was composed, it has become part of the repertoire of every serious violin soloist. Some of its most famous presenters include Seidel, Zimbalist, Elman, Heifetz and Milstein, all of whom studied with Leopold Auer!

The first movement, Allegro, begins in the strings and woodwinds and builds in excitement before the solo violin enters. The violin begins with some introductory sequences, then states the first theme, develops it, then introduces the second theme. The movement ends with a rhapsodic cadenza and a long coda. In the second movement, Canzonetta: Andante, the solo violin enters after a chorded introduction in the woodwinds, clarinet and bassoon, playing a melody. The other instruments take up this theme. The second figure is then introduced by the violin. After some development, the violin returns to the first theme and the clarinet closes the movement with an obbligato of arpeggios. The Finale, Allegro vivacissimo, explodes without pause. It consists of two melodies, reminiscent of Russian folk songs, which build in intensity until the brilliant climax.

Mussorgsky composed Pictures at an Exhibition in 1874 to commemorate a very close friend, Victor Hartmann, who died at age 39, causing Mussorgsky profound grief. He struggled with a way to honor his friend, and when he attended an exhibition of 400 pieces of Hartmann’s work, he was deeply moved. In a few weeks he had written a suite of ten piano pieces dedicated to Hartmann and to the organizers of the exhibit.

The ten pictures Mussorgsky chose for his suite included a gnome-shaped nutcracker, a bard singing near an ancient castle, children playing and quarreling in the park, a lumbering wooden oxcart, peeping chicks emerging from their shells, two Polish Jews arguing, the women and vendors in a marketplace, the gloom of the catacombs beneath Paris, the grotesque witch Baba Yaga of Russian Folklore, and an architectural design for the gate of Kiev, never actually built. The pictures are interspersed with a “promenade” theme suggesting the walking gait of a viewer strolling through a museum, stopping to study the details of each picture. Mussorgsky appears to have chosen the works because of the variety of moods suggested and the opportunity to make use of a variety of musical styles.

Mussorgsky died at age 42, his life shortened by alcoholism and depression, and his suite was not published until 1886, five years after his death. His original suite did not generate much interest among pianists of the day, but several attempts were made to orchestrate it. In 1922 Maurice Ravel took the suite to Serge Koussevitsky, music director of the Boston Symphony, who commissioned him to orchestrate it. The world premiere of Ravel’s orchestration, with Koussevitsky conducting, took place in Paris in October of 1922. Ravel’s orchestration seems to bring the piano works to life, underscoring the mood of each section by using appropriate instruments. For example, the chirping chicks are well represented by the woodwinds. The dark mood of the catacombs is evoked by reverent brass, and percussion brings out the nastiness of the witch. The finale, featuring the great gate of Kiev, is presented with full brass and pealing carillons. 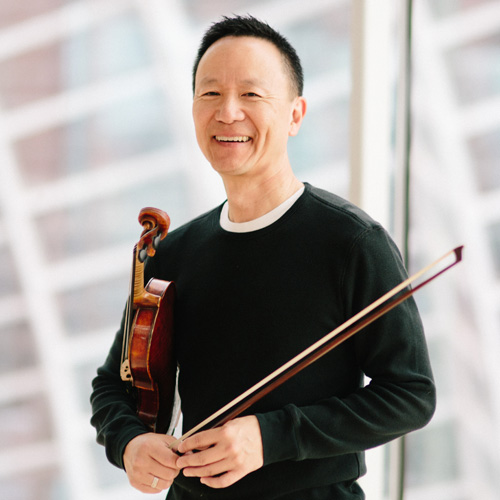 Born in Carbondale, Illinois, in 1963, David Kim started playing the violin at the age of three, began studies with the famed pedagogue Dorothy DeLay at the age of eight, and later received his bachelor's and master's degrees from the Juilliard School. He was named concertmaster of The Philadelphia Orchestra in 1999.

Hear the stories behind the music with the conductor before the concert.

Classical Conversations for Great Gates! begins in the hall at 6:40 p.m.

Free to all ticket holders.