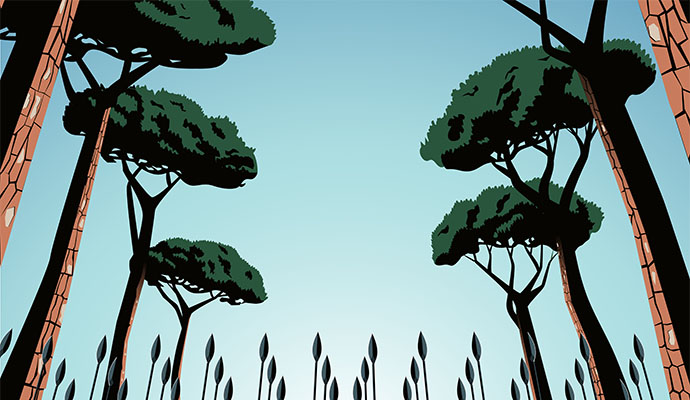 Our season opens with a tour de force program. After the smashing success of his "Rhapsody in Blue," Gershwin went “all out” with his Concerto in F, which quickly became one of the best known concertos of the 20th century. Jeffrey Biegel joins us to bring down the house with his performance. Italian composers may be best known for Opera, but after hearing this next work, you might wonder why. The concert closes with the brilliant, captivating, colorful, powerful, "Pines of Rome." Join us as the triumphant Roman legions march victorious back to Rome!

The Concerto in F was a commissioned work, requested by conductor Walter Damrosch. He was so impressed by the originality of Rhapsody in Blue that he asked Gershwin if he could compose a “proper” concerto.

Composed in 1924, The Pines of Rome is the second in Ottorino Respighi's great Roman trilogy and was inspired by different locales in Rome, and by its history.

Leonard Bernstein said of pianist Jeffrey Biegel: "He played fantastic Liszt. He is a splendid musician and a brilliant performer." These comments launched Mr. Biegel's 1986 New York recital debut, as the third recipient of the Juilliard William Petschek Piano Debut Award in Lincoln Center's Alice Tully Hall. He studied at The Juilliard School with Adele Marcus, herself a pupil of Josef Lhevinne and Artur Schnabel, and is currently on faculty at the Conservatory of Music at Brooklyn College, a City University of New York (CUNY).