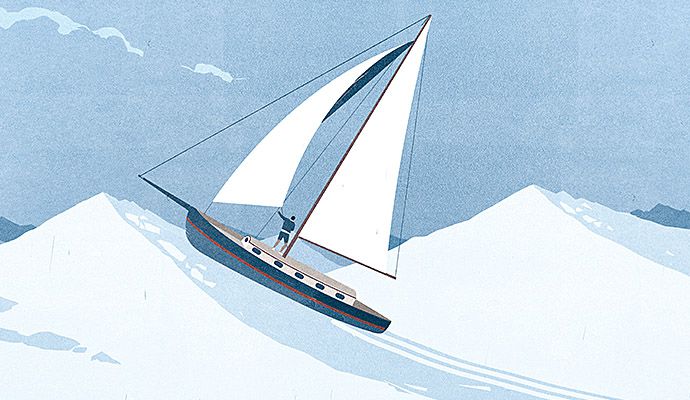 We turn our attention to our wonderfully talented wind section for this program. Chamber music that showcases repertoire for flute, oboe, clarinet, bassoon and horn will fill the Holy Rosary Chapel with breath and depth of beauty.

György Ligeti has been described as "one of the most important avant-garde composers" and " one of the most innovative and influential among progressive figures" of his time. Like Béla Bartók, his musical style was unusual and often experimental. His efforts at "new music" were restricted by the government of Communist Hungary, where he lived, and he was not able to perform many of his works until he fled Hungary for Vienna in 1958. His piano cycle, Musica ricercata, and the wind quintet which was derived from it, Six Bagatelles, were considered by the Soviet censors to be "too dangerous" to play in their entirety.

A bagatelle, by definition, is a short instrumental composition without any specified formal structure. Ligeti’s bagatelles are very short, two to three minutes each, and each reflects his personal style is a different way. There are some harsh dissonances and complex harmonies, but also some pleasant chamber pieces. Of note is the fact that number five is dedicated to Béla Bartók, whom he admired greatly. The final piece is a wild ride. Although it ends with a muted horn solo, the measures leading up to that are marked "as though insane," Ligeti’s best indication of how he wanted it played.

If the melodies feel a little familiar, it may be because Ligeti’s music (although not the bagatelles) was used extensively in Stanley Kubrick’s 2001: A Space Odyssey, reportedly without the permission of the composer.

Following his formal music education in his native Germany, August Klughardt got his first real job at the age of 21 as a conductor in Weimar, the home at that time of the great Franz Liszt. German music in the last half of the nineteenth century was in a state of transition, with Liszt, Wagner and Brahms composing in their own styles and competing for sponsors’ support and audiences. Klughardt became friends with Liszt and through him met Wagner. While he certainly learned from these musical giants, he did not entirely adopt the style of the New German School, preferring to make his mark as a fairly conservative composer of symphonies and chamber music. He was a master at assessing the possibilities of the individual instruments in a quintet and highlighting each one.

The Wind Quintet in C is a 21-minute work in 4 movements. After a gentle introduction, it opens with an allegro movement, playfully using all the voices. The second movement is in the mood of a march or perhaps a hunting song, making use of the horn. The third movement is calm and minuet-like in tone, and the final movement starts out somber but proceeds to a spirited sonatina which requires some truly virtuoso work on the part of the quintet members.

Cobbett’s Cyclopedic Survey of Chamber Music says that the music is “agreeable and entertaining. The composer’s natural humor shows itself throughout.” After a period of neglect, Klughardt’s music is now finding its place in the standard quintet repertoire.

Ferenc Farkas was born and died in Hungary, and his music is reflective of the folk and dance traditions of that country. He was not the first to infuse his music with his Hungarian origins, and he lived in the considerable shadows of Bartòk and Kodály. While those giants worked at new and inventive compositions, Farkas determined to find his own voice, and he did so by looking backward at 17th and 18th century music. He spent time studying in Italy with Ottorino Respighi, whose Ancient Airs and Dances inevitably come to mind when listening to Old Hungarian Dances, as the suite is also called. Farkas also lived in Vienna and in Copenhagen, where he composed film music. The five dances which comprise the Old Hungarian Dances suite had their origins in Farkas’ score for a 1940s costume drama. The music was reworked for use by various combinations of instruments and in 2015 was arranged for wind quintet.

The dances are quite short, all less than 3 minutes. All are rhythmic and vigorous, from the more sonorous slow ones to the earthy quality of the lively ones, and the last one, The Leaping Dance, has been described as a “laugh-out-loud” romp. Farkas, known for his “old wine in new bottles” approach, tells us, “I have been influenced by dances of the 17th century, written by unknown amateurs…. I was so fascinated that I decided to give these melodies new life.”

Samuel Barber began composing at the age of seven and wrote his first operetta at the age of ten. He began his formal music education at fourteen and by the time he was in his twenties his reputation as a composer was well established. Although his most famous work is probably his Adagio for Strings, he loved wind instruments and included characteristically unique passages for them in many of his works. He studied each instrumental voice for its distinctive possibilities and highlighted each in his Summer Music quintet.

Summer Music was composed in 1956, having been commissioned by the Chamber Music Society of Detroit. The one-movement piece brings to mind the feeling of summer with a wealth of shifting moods, images of soothing indolence and summer warmth, and time spent playing in endless sunshine. Barber carries the listener away with what he calls a "loose rhapsody" suggesting a long, lazy summer day. He alternates lyrical with dramatic passages to achieve the exact atmosphere of summer. He said of his work, "It's supposed to be evocative of summer - summer meaning languid, not killing mosquitoes."